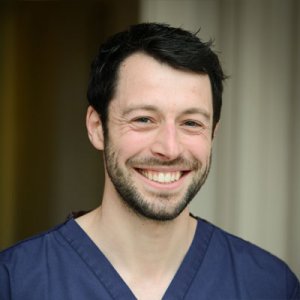 A leading Welsh dentist has issued a stark warning to smokers on World Oral Health Day.

Tom Bysouth, who is chairman of the British Dental Association’s Welsh General Dental Practice Committee, says smokers face a far higher risk of losing teeth or developing mouth cancer than non-smokers.
He warns that there is a lack of awareness among smokers of the damage they can cause to their oral health and warns that symptoms of mouth cancer can often go unnoticed until it is too late and the condition is untreatable.

“There are very poor survival rates for mouth cancer, despite advances in medical technology,” said Mr Bysouth. “Although medical advances have improved the quality of life for patients, the five-year survival rate remains at only around the 50%.
“Surgery to treat mouth cancer can involve losing part of your tongue or jaw bone which can have big consequences for your quality of life.
“Radiotherapy is also used to treat mouth cancer but that can cause damage to the salivary glands which can lead to a dry mouth, causing problems speaking and eating and a much higher risk of tooth decay.
“What is particular concerning about mouth cancer is that the symptoms can be quiet in the early stages, it can often go unnoticed before it’s too late,” he adds.

In terms of what to look out for he says early signs can include a non-healing ulcer that has been in the mouth for three weeks or more and red or white patches on the tongue or the inside of the cheeks.
A smoker’s risk of developing mouth cancer is “massively increased” if you also drink over the recommended weekly units of alcohol, explains Tom, who says social smokers who drink and smoke at the same time are particularly at risk.
There is hope for those who quit, however with the risk of developing mouth cancer reduced:
“If you stop smoking your ongoing risk of developing gum disease or mouth cancer will reduce,” said Tom. “There are patches that can appear in your mouth that are not yet mouth cancer but that can develop into cancer if they are exposed repeatedly to cigarette smoke. This is one of the many reasons why it is important to see a dentist on a regular basis.”

Gum disease is greatly underestimated by patients, many of who do not realise that it leads to loss of teeth, says Tom. He explains that the disease gradually reduces the amount of bone supporting the teeth to the point where the teeth eventually become so loose that they fall out.

“The biggest thing I see among patients that smoke is gum disease.
“Smoking is one of the big risk areas for gum disease because it stops the body from being able to fight off bugs and bacteria and that causes the gum disease..
“The other worrying aspect of smoking is that it masks the signs of gum disease because the chemicals in cigarettes cause the blood vessels to shrink which means the smoker’s gums won’t bleed,” he goes on to say.

As well as smoking leading to specific conditions, it also makes it far harder for patients to heal and more prone to problems after having standard dental procedures carried out.
Having teeth removed, for example, can in smokers, lead to a much higher risk to what Tom describes as a ‘dry socket’, where the blood clot that would normally form over the hole where the tooth was and help it to heal, becomes lost, leading to the hole in the gum and even the bone being exposed.
“This is known as dry socket and people say it is far more painful than toothache,” explained Tom. “It can be washed out and treated with an antiseptic dressing and sometimes antibiotics, but it is really painful.”

Stopping smoking altogether is the only way for patients to reduce their chances of developing gum disease or mouth cancer or the risk of developing problems following standard procedures. And Tom said it is even possible for the staining caused by nicotine to be almost completely removed from patients’ teeth via a professional tooth cleaning from a dentist or hygienist
If you are smoker who would like to access support to quit, contact Help Me Quit by calling 0800 085 2219.