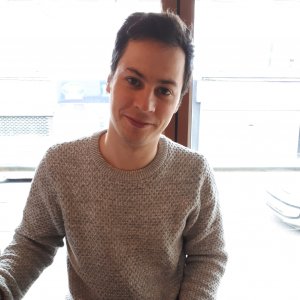 Paul Dunstan, 28, who lives in Chepstow, stopped smoking over fears that it could put him more at risk from Covid-19. Here he shares his story and why lockdown could provide the ideal opportunity to quit.

I first started smoking towards the end of my final year of high school. I would mostly be at parties or other events and always socially. As I moved to college I began smoking during break and lunch times increasing my cigarette intake.

My triggers for smoking were mostly from socialising with other smokers, finishing a meal or requiring a break from loud and chaotic situations.

I never really noticed the financial aspect being a roll up smoker. Health wise however I had begun to notice that my lung capacity had been severely diminished. After heavy smoking days I could lie in bed and feel restricted on my top level oxygen intake and It could sometimes cause my breathing to become wheezy.

My dad gave up after much pressure from my mum and that really inspired me to give up. My mum had become hyper aware of how the coronavirus affected the lungs and would order me to quit every phone call like he did. I had already been worrying about my lung capacity so thought it a good time.

The first two days are incredibly difficult. My mood shifted wildly and I was on edge. You try to reason or make any excuse to have a cigarette. In the past when trying to quit I would even force arguments with others just to have an excuse to go out smoking afterwards. On day three your mood returns to normal and then it’s just about knowing your cravings and planning around them.

Like I said before a big trigger for me was socialising and that’s when I’d usually smoke. Obviously, during the lock down hanging out with other smokers is impossible so the only trigger I had then was eating. I used a vape pen with zero nicotine in for around three days until it ran out and then just used sweets. Having, something to actually smoke helped me greatly even though it was just flavoured syrup. I was worried about habit eating (my father has put on unhealthy weight since) so stopped with the sweets eventually as well.

Since stopping smoking my lungs definitely feel better. I was actually really surprised at the return of full lung capacity only two weeks after quitting.

My advice to any smokers who are thinking of quitting during lockdown is that if hanging out with other smokers is one of your strongest triggers to smoke I suggest you use the opportunity to quit whilst it presents itself!