Keir Lewis, Professor of Respiratory Medicine at Swansea University, warns that smokers could be at greater risk of going on to develop the Covid-19 lung illness from the coronavirus. This is because they already have weakened lung defences as a result of their smoking damaging the cells protecting their nose and upper and lower airways. 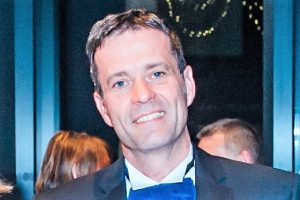 Meanwhile many smokers will also have existing lung conditions which scientists know from other countries makes them much more vulnerable to the effects of the virus.

Research published in the New England Journal of Medicine examining disease characteristics among Chinese patients found that smokers are approximately 1.5 times as likely to progress to the severe stage of COVID-19 as those who have never smoked. Professor Lewis, said:

“There are two aspects of this which are important. Smokers have got weakened defences and they are more likely to have other lung conditions as well which affect mortality. It looks like if you have a respiratory condition then you are more likely to develop viral pneumonia from Covid-19.

“However, because of the effects of smoking on the immune responses and your body’s natural defences it’s likely that smokers are going to be more at risk independently of whether they have other lung or other medical conditions.”

“Every cigarette you smoke damages your respiratory innate lung defences and your cough reflexes,” he added.

According to Professor Lewis. Lung defences heal quite quickly so giving up smoking even now could significantly improve smokers’ ability to defend from the infection and also recover from the condition by strengthening their body’s immune system. Improvements in lung defences occur within days of giving up.

“If you want to boost your lung immune system and your lung defences, you must stop harming them with cigarettes. Quitting smoking will help the body’s defences to grow back quicker and faster.

“Your mucociliary escalator – the self-clearing mechanism of the body’s airways – starts working better within two to three days after stopping smoking which is why people’s cough gets worse a couple of days after quitting but then improves after a few weeks. All the muck that has built up starts to get cleared. Then the totalmucus in their lungs improves. Their blood white cell count and other natural immune cells that patrol the lung system, are also boosted through stopping smoking.” 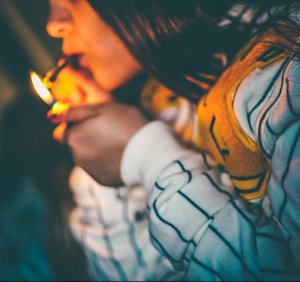 in the most deprived areas of the country. Smoking is the leading cause of premature death and ill health in the country.

“Smoking is not a lifestyle choice, it is an addiction that leads to devastating health consequences, which is why we would always advise smokers to quit.

“However, in light of concerns about the spread of Covid-19 we would urge smokers more than ever to consider giving up a habit that seriously affects the body’s natural defences.”