STUDENTS from Cardiff Met university have joined forces with ASH Wales to create animated films showing the devastating impact of cigarette butts on the environment.

The two chosen animations, which were created by Amabel Fry and Maja Risvoll, will be shared online and shown to school children across Wales, in a bid to raise awareness of the risks posed to marine wildlife from discarded cigarette butts.

ASH Wales approached the university for help over growing concerns about the scale of cigarette butt pollution in Wales, where 17% of the adult population smokes.

Every year 4.5 trillion cigarette butts are dropped across the world. In 2018 cigarette butts were found on more than 80% of streets in Wales. They contain a plastic called cellulose acetate which takes up to 15 years to biodegrade.

Cigarette butts are highly toxic and filled with tar and chemicals, including arsenic, lead and nicotine, that are released into the sea, poisoning marine wildlife. One cigarette butt left to soak in water for 96 hours will release enough toxins to kill half of the half or fresh water fish exposed to it. They are also swallowed by birds and small mammals, leading to poisoning, malnutrition and death.

Suzanne Cass, ASH Wales CEO, said: “We very much hope that these animations will open people’s eyes to the fact that discarded cigarette butts are one of the prolific forms of plastic pollution in the world.

“They may be small but the damage cigarette butts cause to the environment is huge, poisoning waterways and killing wildlife every day.

“ASH Wales will continue to campaign for the introduction of more smoke-free spaces across Wales, not only to de-normalise smoking and protect others from second hand smoke, but to protect the environment and the marine eco-system.

“As lockdown restrictions ease and smokers return to beaches, parks and town centres, we would urge them to consider the devastating impact they could have on the environment, simply by dropping a cigarette butt on the floor.” 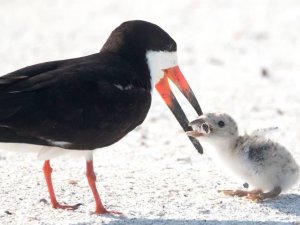 Despite growing awareness of the harms of plastic pollution, research has shown that few smokers know that discarded cigarette butts are bad for the environment.

Tom Edgar is animation lecturer at Cardiff Met.  He said:

“This term our Cardiff School of Art and Design (CSAD) BA Animation students embarked on their Live Brief with many of them eagerly choosing to work with ASH Wales on their #thebuttstopshere campaign to raise awareness around the issues of pollution from the careless discarding of cigarette butts.

“Two of our second year students, Amabel Fry and Maja Risvoll were selected for their ambitious animated films which help to make an important social message accessible and non-accusatory through film and image.We hope to further our successful relationship with ASH Wales on another campaign in the future.”