In the past they used television and billboard advertising to bombard audiences with glossy images promoting smoking as a glamorous activity.

Since they’ve been banned in many countries from advertising their products, they have evolved their tactics to attract the social media savvy generation, using celebrities and influencers to promote their products.

These tactics are essential to the survival of tobacco firms who must ensure that there is a ready supply of new customers to replace those dying from smoking-related diseases.

This year, for World No Tobacco Day, the World Health Organisation is launching a counter marketing campaign to expose the methods used by tobacco companies to hook young customers.

The campaign will aim to arm young people with the knowledge and insight they need to spot these tactics and understand the reasons behind them.  This in turn will empower them to stand up and fight against industry manipulation rather than being sucked into smoking addiction.

It is a crucially important campaign and one that ASH Wales and Asthma UK & British Lung Foundation Wales, hope will help to address youth smoking rates in Wales.

According to figures compiled this year by Cancer Research UK an estimated 6,461 young people in Wales start smoking every year. 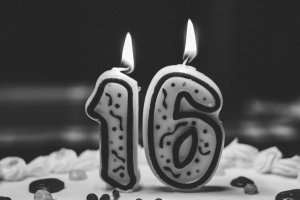 Meanwhile a study by researchers at Cardiff University in 2019 found that 9% of 15 to 16-year-olds in Wales smoke at least weekly.

Smoking prevalence among young people is highest in the most deprived areas of Wales, mirroring patterns among the adult population and helping to perpetuate the health inequalities that are deeply ingrained across Wales.

Research has shown that those who start smoking earliest in life are the most likely to become heavy smokers later in life and the least likely to quit. The devastating consequences of young people taking up smoking are clear in Wales where 17% of the adult population smokes and 1 in 5 people suffers from a lung condition. Smoking is the biggest preventable cause of early death in Wales and lung cancer kills more people every year than bowel and breast cancer combined.

As we continue to face the consequences of the Covid-19 pandemic, we have had a stark reminder of the long term damage caused by smoking, with evidence showing that smokers are more likely to suffer severe symptoms.

The WHO campaign aims to help educate young people on the tactics employed by tobacco firms and the life-threatening harm caused by their products.

We believe that there is an urgent need for young people in Wales to be provided with the knowledge they need to make better decisions about their health and for this to be incorporated into the education they receive in schools. 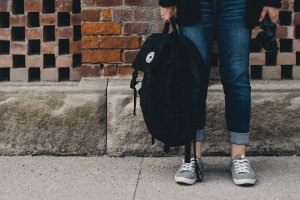 For those that have already taken up the habit, tailored smoking cessation services aimed specifically at young people must be made available.

There is great potential for services to be delivered online and in community settings that are easily accessible and familiar for young people.

Currently smoking cessation services in Wales are targeted primarily at the adult population. A gap exists for support that could prevent the next generation of smokers from taking their place.

It is time to focus on fighting back against the tobacco industry’s tactics and creating a generation that remains smoke-free for life.