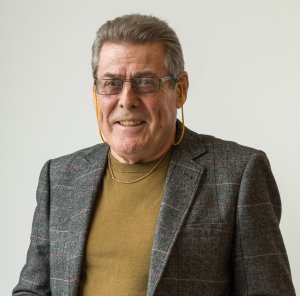 Ian Bond was a lifelong smoker before giving up 15 years ago. Shortly afterwards he was diagnosed with the lung condition Chronic Obstructive Pulmonary Disease (COPD). In a bid to better manage his condition he developed a series of digital self-management tools and went on to form Bond Digital Health, which is based in Cardiff Bay.  To mark World No Tobacco Day, which this year focuses on the impact of tobacco smoking on lung health, Ian wrote a blog for us about how he finally gave up smoking.

I’m one of the older generation that was born into a smoking world. Literally. The midwife smoked I’m told, certainly both my parents did. In fact, pretty well everyone smoked in those days. You were a bit odd if you didn’t.

Smoking was recommended for nursing mothers, people were told it was good to help clear the lungs in the morning, it was said to quiet the nerves. Film stars and public figures posed seductively with cigarettes. The ads, the packaging, the ethos – it was all so cleverly managed.

So with the world subtly manipulated, generations of people ruined their lungs and lives to pour fortunes into the pockets of the tobacco barons.

Smoking was as ordinary as eating and breathing, you just did it. And felt good doing it.

Until of course the coughing got worse, the breathing laboured and the promise to give up was made.

I can’t remember how many times I tried to stop smoking. Every time I did however it became a battle between the desire to give up and the desire for a cigarette. That battle took place in my head and every time I backslid, I felt depressed and beaten and often smoked more as the smoker in me took revenge.

It was beating me, tormenting me and I recall looking at a cigarette at one point and asked myself ‘is this the one that is going to kill me?’

…and trying almost by definition means there is a place for failure.

I had to stop trying and stop smoking. I went to bed that night, after a last late-night cigarette but with a decision made; and got up a confirmed non-smoker. There were the urges as I felt the need with a coffee, after a meal, throughout the next day and the next but my defences were up and the fight was less. I wasn’t ‘trying’ to give up any more and going through that turmoil of wavering, temptation, wanting just one to help on the way. No, I had stopped smoking. I won over my myself and my habit. I haven’t smoked for 15 years or so.

You won’t be surprised to learn that I had a diagnosis of COPD (chronic obstructive pulmonary disease) soon afterwards but, as a non-smoker, I could manage my condition with some meds and that last cigarette didn’t kill me.

With good medication and self management I’ll live a decent life. Did I enjoy smoking? Maybe in the early years,but then it was simply a habit. I was responding to some weird mental urge built from life long habit. What I really enjoy are the benefits of not smoking. The smell of good food, clean air, fresh clothing, extra cash and to be able to kiss my grandchildren without them cringing.

Another outcome came from wanting to learn about my condition and find ways of using detailed records to produce useful data for evidence with lung specialists.

This led to the development of digital self-management tools which, with a colleague, grew into a thriving business. Soon these tools will be available for a range of lung diseases and other conditions which come with age and smoking. We have got a great team of 10 working enthusiastically on many projects to improve the health of the community and our first will be launched next year and given free to NHS Wales for all COPD patients.

So, something good came out it after all.