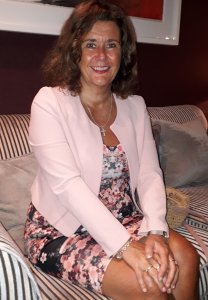 Alison Thorpe, a complaints case manager from Cardiff, gave up smoking having started aged just 13. She described the simple quit method she used to quit her 20-a-day habit.

“I first started smoking when I was 13-years-old. I just decided to try it with a friend one day and the rest was history.

“I would smoke around 20 cigarettes a day but probably more if I was going out in the evening. It become such a regular part of my day to day spending that I didn’t’ really notice the impact it was having on my finances.

“I finally decided to stop after my manager left an article about quitting smoking on my desk. It was about how you could give up by telling yourself that you could smoke if you chose to but that you are choosing not to.

“You could carry the cigarettes with you and choose not to smoke them. I decided to see how long I could last without a cigarette. I managed to get through the day without going for another cigarette.
Then I went out with friends for coffee and kept telling myself I could go out later and have a cigarette if I wanted to. And I kept going like that until I realised I had stopped smoking altogether.

“It was quite challenging but will power won through in the end. I was also inspired to carry on by a colleague who said ‘you smell nice now. I can smell your perfume instead of the fags’.

“To any smokers out there who would like to give up I’d say do it when you are ready to do it and only if you want to. Tell yourself you can smoke if you want to but that you are choosing not to. “