Midwives in Swansea have reported a sharp increase in the numbers of pregnant women quitting smoking since the start of the pandemic.

Swansea Bay University Health Board saw the quit smoking rate among pregnant women rise from 4% to 8.9% since March.

The increase comes despite the fact that midwives are unable to use CO monitors to measure women’s carbon monoxide levels due to the risks of spreading the virus.

Smokers are at substantially increased risk of suffering more serious complications if they develop Covid-19 because smoking weakens their lung defences and causes pre-existing lung conditions that are major risk factors for the virus.

Smoking during pregnancy can also lead to greater risk of serious complications, such as miscarriage and stillbirth, putting the health of women and their babies at risk. Across Wales, 16% of pregnant women smoke.  Smoking prevalence is highest among pregnant teenagers with 30% of pregnant 16 to 19-year-old’s smoking at the time of their baby’s birth and 33% at their initial assessment. 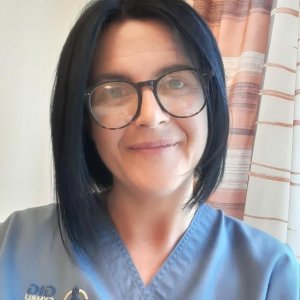 Ann-Marie Thomas is a community midwife and team leader at Swansea UHB. She believes that growing awareness of the risks faced by smokers from Covid-19, and a greater focus on healthier lifestyles is encouraging more pregnant smokers to quit:

“What we’re seeing is that people are more motivated to give up smoking because of all the public health messages that are out there.

“All the publicity around handwashing and now obesity means people are a lot more aware of how their lifestyles can have an impact on their health.

There’s also a growing awareness of the effect of Covid-19 on people’s lung function and people are starting to consider the quality of their own breathing.”

She went on to say that she has seen a particular change among younger pregnant women who traditionally have been more likely to smoke: “From my personal experience our younger pregnant women are now smoking a lot less and seem to be far more conscious of the importance of good diet, exercise and nutrition. They just don’t seem to think smoking is cool anymore.”

As midwives are no longer able to use CO monitors to start conversations around smoking, Ann-Marie said it is even more important for them to build good relationships and trust with the women they support and to provide non- judgemental advice on quitting smoking:

“Without CO monitors we rely more on people self-reporting about their smoking.  I do miss having the CO monitors because seeing the CO levels go down really helped people to stay motivated.

“It’s really important to build a good relationship with the women we work with because that opens the door to have that conversation about giving up smoking.

“I usually start off by asking people if they are eating and drinking healthily and whether they are relying on anything to deal with stress.  Everybody is different so you do have to approach every person in a different way. But good communication is the bread and butter of being a community midwife.”

Although there has been an increase in the numbers of pregnant women quitting, Ann-Marie said rates remain highest among the more deprived communities the health board covers, with many women having grown up among generations of smokers and seeing it as the norm:

“There are some communities where there isn’t as much awareness of the harm that smoking can cause a baby.  In areas of social deprivation where people are used to being surrounded by family members that smoke some women just think it’s a normal part of life.”

Previously the midwifery team had also encouraged the woman’s partner and family to give up smoking, both to encourage the mother to quit and to protect the baby from second hand smoke once it was born. As women have had to attend appointments on their own however, this has not been possible during the pandemic.

“It used to be that women could come along to the antenatal appointments with a partner or family but now they come on their own which can be a double-edged sword,” said Ann-Marie.  “Sometimes being on their own makes them feel more comfortable about talking about any issues.

“But that can also make it more difficult to address smoking in the wider circle of family and friends. Previously we have tried to encourage partners that smoke to also contact Help Me Quit because we know women that smoke are more likely to make a successful quit attempt if their partner does too.”

Currently the NHS Wales Help Me Quit service is providing support to women over the phone and Ann-Marie said the midwives are following up with women on how their quit attempt is progressing.
She said she is delighted by the increase in numbers deciding to quit:

“I’m over the moon about the increase. I took part in smoking cessation training last year as part of a secondment to the public health team and it has been hugely beneficial. I learnt so much about having motivational conversations with women and I’ve brought that back to my role and to the rest of my team. This is great news for us as it shows the message is getting through.”