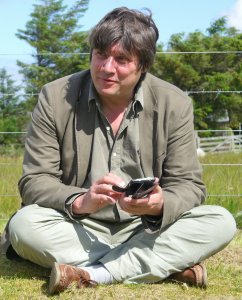 Graham Morgan has an MBE for services to mental health and helped to write the Scottish Mental Health Care and Treatment Act. He is also an author, having written a book, Start, about his own personal experiences of mental illness. To mark Mental Health Awareness Week 2019 we asked him to tell us his story and how he finally found the strength to give up smoking.

When you start smoking and why?

I first started smoking to fit in, I went to school away from home and was terribly lonely. Anyone who wanted friends and to be even slightly cool smoked. I had never wanted to smoke but it was the ideal way to look slightly rebellious and to make friends. I started at 16 and gave up when I was about 40. In the early years it felt like a great comfort and later, when I experienced sadness and despair, I took an obscure pleasure from the fact that smoking might kill me, which, at the time, was my ambition.

In hospital thirty five years ago smoking was a currency; a form of friendship. Smoking was an excuse to have conversations and to give small gifts, it was a vital way of making a connection with my fellow patients and seemed to be a way of dealing with the pressure, boredom and isolation of being a patient.
For many, many, years I was never without a roll up, always patting my jacket for my tin, my papers, panicking when I frequently lost them. Smoking was a huge part of my life, I didn’t really consider giving up and really struggled during those times when I couldn’t smoke.

Do you think suffering from mental illness made giving up smoking more of a challenge for you?

I think it was, I now know that smoking is bad for your mental and emotional health as well as your physical health but for many years I thought it helped make me happier and calmer. I was very worried about how I would cope if I gave up. As well as being meant to experience Schizophrenia, I also experienced anxiety and depression. I worried that my anxiety would increase dramatically. I also worried that I would no longer have people to talk to and share a cigarette with.
However when I finally decided to give up I found it easy. It was like a key turned in my head and I knew I was going to give up. From then on I just needed to plan my patches, my snacks and so on. I had great support from my then wife and some of my friends, who had mental health problems too, were a great help when I was away with them and thinking of getting a last pack of cigarettes. They refused to let me! After that it all went smoothly, although I felt a desire to smoke for years after I was easily able to resist this.

I used to joke for many years that I was actually a smoker who didn’t smoke. I did worry that if I went into hospital again I would immediately start smoking. In the event I was able to not smoke and even in those times when we still had smoking rooms, which were great hubs of support, I was able to go to them and sit with other people and yet not feel the temptation to ask for a cigarette.

Why do you think there are such high rates of smoking prevalence among people with mental illnesses?

I think there are many, many, reasons. Whether we like it or not it does seem bring a form of pleasure and when you feel miserable any glimpse of pleasure helps. A considerable number of us have nothing to look forward to, have nothing to do, have a lack a belief in ourselves and have no motivation to be healthy, if we are not enjoying our lives then it is hard to look forward to the future, to plan for better times. This might come from the exclusion and stigma we experience, from poverty, from powerlessness, from our illness itself.

For me it was getting to an emotional state where I wanted to live, wanted to celebrate my life that enabled me to even consider stopping. However I know for many other people that is not their reality. Smoking can feel like their last pleasure, their last bit of control in unenviable lives. I think many people who feel apart, use drugs and unhealthy lifestyles to cope with life and that smoking is just one element of this. Despite this I also think it is very sad that smoking can represent a form of pleasure when it is one of the reasons we have such reduced life expectancy and poor health, when much to our confusion, what seems to be pleasure is not actually the pleasure we are seeking.

How would you describe the effects of smoking on people’s mental health?

I do not know how to describe it. I am aware of the research that says it is bad for emotional health and I am aware of the fact that smoking often means that we have to take higher doses of anti psychotics than we would normally need but at the time I was smoking I had no idea about this.
It is only many years later that I find myself grateful that I don’t have that clutch of anxiety when waiting on a cigarette, that constant need to make sure I had cigarettes around me. The thought of smoking doesn’t occur to me now; it feels a blessing to be away from all that.

Is there sufficient awareness out there do you think about the effects of smoking on mental health? 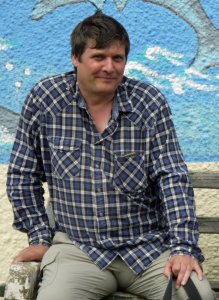 No not at all, we all know that it is bad for us and I think feel pretty patronised by people asking us to give up and reminding us of the horrible ways we are likely to die but I think we often feel that other people don’t know or get why we smoke, why it feels sometimes like one of the last pleasures we have.
I first found out about its effect on mental health and our medication from ASH Scotland. I was extremely surprised as many of my friends were convinced that giving up would be bad for their mental health. I still think giving up suddenly if you are a patient in hospital and in crisis would be very difficult and very upsetting but it may also be an opportunity for some people. Knowing that in the long term it will improve our mental health is very helpful to me and I think would be for other people who are trying to decide whether to give up or not.

Based on your personal experience, do you think there is enough smoking cessation support available for people suffering from a mental illness?

No, Speaking purely personally I am very sad at the lack of support patients are given in hospital when they are not allowed to smoke at desperate points in their lives. I cannot understand why vaping is not seen as a viable stop gap measure when you are an inpatient. I know how desperate I have been for the outside world when I have been confined to the ward, not being able to smoke if you are a smoker at these times must be awful, people need all the support that they can get at such times, the end result is people smoke when they are not allowed to the nurses become more like the tobacco police and everyone else suffers. There must be better ways of dealing with such critical times in our lives. It could be a good and positive opportunity to consider our smoking but often seems to become a battleground.

I am idealistic I think smoking cessation involves much more than tips and hints and support to give up. For me smoking comes from inequality and exclusion, it comes from poverty and self loathing. In an ideal world we would address the myriad things that can lead us to think there is no point in us being healthy: that we wouldn’t manage to give up anyway and that we do not really deserve the support that might help us appreciate the lives we have and that we would have nothing in our lives to replace the loss of tobacco. It is not just the support that is given an individual or the wish that people like us would take more responsibility for our health but the support that should be given to a neglected community of people to have a better and more positive place in society. In some strange ways I can see how addressing poverty could be a part of smoking cessation, or that providing community facilities where we can meet our peers and have things to do, food to eat, conversation and support to give each other are also a way of looking at smoking cessation.

What is the best way to start conversations about smoking with people who have a mental health condition?

Try to understand our perspective, don’t preach, don’t force, don’t control, don’t coerce or threaten. Too many of us experience that in our daily lives anyway.
Actions like that will cause us to recoil, become defensive and bloody minded.
So I would say get to know us, our motivations our lives try to see us as people and ask us what we would like. I know most people who smoke wish to stop, so start the conversation but in partnership and with gentleness and sensitivity.
Also help those groups and people who are spokespeople for our community to recognise that smoking is a human rights issue in that far too many of us are hooked on something that kills us, impoverishes us, damages us. Help us recognise that we have been conned by the tobacco lobby and that far from campaigning for us to be able to smoke as much as we want, we would do well to recognise that having the right to find the means to find ways out of smoking will go a long way to eliminating that terrible inequality in health which means so many of us die so much earlier than the rest of the population. Help us realise that the tobacco companies are not allies of any sort in our lives, that we can aspire to more and deserve more.

Help us get to the point where we say our community deserves so much better than this. I don’t know what will make the difference ultimately but I would hope that we would end up trying to reach a place where it is as natural to say we need support if we wish to live smoke free, just as we need support to challenge stigma, support to find hope, support to have community and connection.