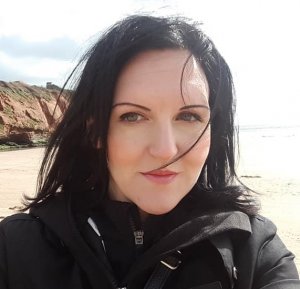 Charlotte Harding, author of Welsh Mummy Blogs overcame the challenge of giving up smoking, despite suffering from mental health problems. To mark Mental Health Awareness Week, she tells us her story.

Can you tell us about your experiences of mental health issues?

When did you start to smoke?

I started to smoke on and off around 15 years old, I was smoking full time at 16.

Did you smoke to relieve symptoms of your mental health issues?

100% yes! I found smoking stopped me eating. I also found that I smoked more when my anxiety was high. Smoking in a way regulated my breathing and this would help with my panic attacks, or so I thought.

Do you think suffering from mental ill health made it more challenging for you to give up smoking?

I made the stop smoking Wales service aware of my mental illness before I started the smoking cessation. I explained that I am not good sitting in a group environment and would benefit more if I was having 1:1 meetings. They said it wasn’t a problem, I just had to wait for a space to be available.

Giving up was extremely difficult. I found I was craving a cigarette every time my anxiety played up, which was constant when quitting. I found I had really bad mood swings which played on my mental health.

I also found that I was hungry more often whilst giving up, and I gained around 1st due to snacking. This caused a few problems, I found I tried to restrict calories in my food due to the weight gain. This did resolve itself once the cigarette cravings lessened.

I explained I was finding quitting difficult to my GP and she decided to support me after the smoking cessation finished. I was prescribed my Quick Mist Spray for almost a year. In the end, I decided to go ‘cold turkey’ and I quickly found that I was no longer addicted to nicotine, I just had a habit of reaching for my spray when I felt stressed or anxious.

Would you say there is enough support available for those suffering from mental ill health to give up smoking? What advice would you give to anyone with mental ill health who would like to give up smoking?

Go for it! You will feel so much better once you have quit. It may be hard at times but it is so worth it. Be honest with your GP and/or stop smoking adviser, they will help. Most GPs would prefer you on nicotine replacement than smoking.