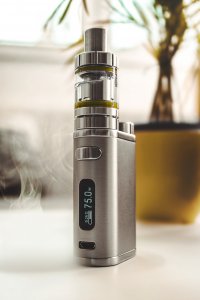 E-cigarette use is rising across Wales and more tobacco smokers are quitting the habit, according to the latest YouGov survey by ASH Wales.

The figures reflect the growth in e-cigarette use across Great Britain, where nearly half as many people vape as smoke.

New data published by ASH shows that there are now an estimated 3.6 million vapers compared to 7.2 million smokers in Britain.  In Wales 7% of the adult population now vape, compared to 17% that smoke [1]. This compares to 5% of the population in 2018 when 19% of adults smoked.

There has been an increase too in the numbers of ex-smokers who now vape. The National Survey for Wales shows that in 2016/17 52% of e-cigarettes users also smoked cigarettes. This fell to 47% in 2017/18.

Across the UK the number of vapers who are ex-smokers reached 54.1% in 2019 with the main reason given for using e-cigarettes being to help them quit (31%), following by to prevent them from relapsing back to smoking (20%). Of those surveyed by ASH Wales, 74% of e-cigarette users cited health as their main reason for vaping and 57% of e-cigarette users said vaping had improved their quality of life.

Suzanne Cass, CEO of ASH Wales said: “The rise in the numbers of ex-smokers who now vape in Wales shows that many smokers are using e-cigarettes to quit.

“Indeed, when coupled with behavioural support e-cigarettes have been shown to be one of the most effective ways to give up smoking, enabling thousands of smokers in Wales to break a habit that destroys lives.

“However, with more than double the amount of people in Wales smoking compared to vaping, we still face a major challenge when it comes to changing people’s behaviour and de-normalising what has become an entrenched habit in many of our most deprived communities. We know that 29% of smokers in Wales are yet to try an e-cigarette which shows many could be missing out on an opportunity to attempt quitting.”

Suzanne Cass said: “There is work to be done when it comes to raising awareness of the relative harm of e-cigarettes compared to tobacco cigarettes and addressing concerns about the safety of vaping.

“Evidence from Public Health England has shown that e-cigarettes are significantly less harmful than smoking tobacco cigarettes and have also been proven to be a highly effective smoking cessation tool.”

Since the survey was carried out, reports of a possible link between e-cigarette use and deaths from lung disease in America have led some medical experts to warn of the dangers of vaping.  According to the US Centers for Disease Control and Prevention many of those vapers affected had used products with liquids containing cannabinoid products.

Vapers, or those considering vaping, should be reassured that e-cigarettes are regulated in the UK in line with a set of European-wide rules by the medicines regulator, the MHRA. The MHRA also monitors adverse reactions through its yellow card system, which to date has not identified serious respiratory problems similar to that found in the US.

Meanwhile vapers in the UK are being urged to only ever purchase e-cigarettes from reputable suppliers.