Ospreys in the Community have become the first team in Wales to throw their weight behind a national smokefree sports campaign.

The ASH Wales campaign aims to promote no smoking at sports events and will be launched in front of hundreds of school children at the Swansea Bay Beach Tag Festival today (26th June). 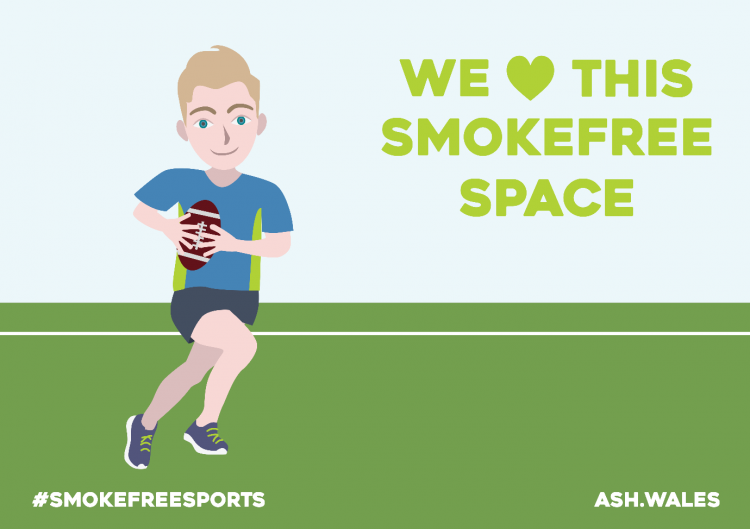 The majority of Welsh stadiums are already smokefree zones but many grounds and fields where children train and play have yet to follow suit. The youth sports day is the first major event in Wales to support the smokefree sports initiative.

Ospreys in the Community will be working with tobacco control campaign charity ASH Wales to encourage regional clubs to adopt a smokefree policy to protect young players from the influence of smokers.

More than 600 local primary children are expected to attend the annual festival which is designed to promote healthier lifestyles through outdoor activity and playing sport.

Suzanne Cass, Chief Executive of ASH Wales, said: “Research shows young people are highly influenced by others smoking around them. Children with a parent who smokes are 70% more likely to take up the habit and shockingly almost half of long-term smokers begin smoking before leaving high school. We need to do everything we can to ensure that children see less smoke in the world around them and do not take up this deadly habit.”

“Reducing exposure to smoking amongst young people is the key to reducing uptake. With over 600 children in attendance at the Ospreys beach rugby festival, it’s a prime opportunity for young people to be supported not to smoke and encourage further smokefree sports environments across Wales.”

Swansea and Neath Port Talbot have some of the highest smoking rates in Wales. On average 19% Welsh adults smoke, however, in Swansea this is 20% and neighbouring Neath Port Talbot has the highest rate in the country at 24%.Kimberley Martin, Campaign Co-ordinator at ASH Wales said: “Outdoor smokefree areas make smoking less visible and less socially acceptable whilst providing a healthy family-friendly environment. Adopting a smokefree policy is about making children’s wellbeing a priority and promoting healthy choices. We would like more sports clubs across Wales to become smokefree and to follow the lead of Ospreys Community Rugby.”

Swansea has already adopted some progressive smoking policies, declaring Caswell Bay a smokefree zone in 2016, one of only two beaches in the UK to have a voluntary smoking ban in place.

To coincide with the event, ASH Wales are running a poster competition for primary school children with the top prize being a signed rugby ball courtesy of the Ospreys. For more information, head to twitter.com/ASHWalesCymru.