It’s never too late to give up smoking – even for those with a life-long 80 a day habit. That’s the message from a pharmacist based at Newport’s Royal Gwent hospital, who is passionate about helping even the most hardened long-term smokers to quit.

Victoria Richards-Green, works as a pharmacist at the Royal Gwent’s respiratory wards, treating patients with chronic lifelong conditions, many of which have been caused by their smoking habit.
Despite the devastating effect smoking has had on their health, these patients often continue to smoke – putting their health at even greater risk, with the most extreme case Victoria has come across, being a patient with a 200 cigarette a day habit. 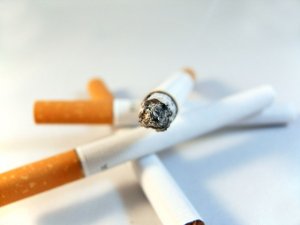 Victoria and her colleagues recognised the crucial importance of providing these hardened smokers with the tailored smoking cessation support they required in order to finally quit. They came up with the idea of prescribing Pharmacotherapies, including nicotine replacement therapy (NRT) and varenicline, as well as offering behavioural support to the smokers attending the pulmonary rehabilitation programs they run.
Thanks to their help, around 45% of the patients they have worked with in the programs have successfully quit smoking – even those who thought they had no hope of ever living a smoke-free life.
Victoria described one of the ways they motivate the patients to give up:

“For many of the respiratory patients, when it comes to quitting smoking, health is not a strong motivating factor. In cardiology for instance we see lots of patients who’ve had their first heart attack and they are usually relatively young, so it really motivates them to go on a massive health kick. Whereas older COPD patients are more inclined to be of the opinion that they have already damaged their lungs and there’s no point in stopping.

“So, we often use their grandchildren as motivation, telling them that by stop smoking it will slow the decline of their lungs and given them a better quality of life. They could be around longer to see their grandchildren grow up and will be less breathless and better able to play with them. Quite often that works.”

Patients are seen at the respiratory rehab programs twice a week for six weeks which means there are plenty of opportunities to re-enforce the benefits of quitting smoking. Currently the smoking cessation project is only running in Newport, but Victoria hopes it will be rolled out across the whole Aneurin Bevan health board.
The service is unique, not only because of the frequency of the support offered but also because it is bespoke and tailored to the needs of each individual smoker. This is crucial to its success, says Victoria, who explained that heavy smokers may not respond to the standard quit smoking methods used in primary care services.

“The patients we support are heavy smokers with a heavy addiction and heavy failure rate. They’ve tried all the stop smoking services and all the pharmacotherapies before and nothing has worked.

“When we first meet people in the rehab program, we ask them to fill in a questionnaire to find out how much they smoke and when. We look at the number of cigarettes they smoke per day and whether they get up to smoke at night. We also look at what triggers them to smoke and ask a lot of questions about co addictions such as caffeine and alcohol or other medications.” 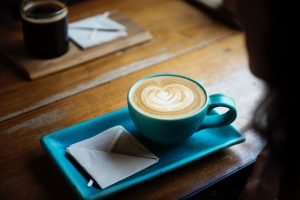 Working out the triggers that encourage smokers to light up is a big part of helping them to quit, says Victoria, who describes how she provides behavioural support to help smokers cope with the cravings that crop up at different points throughout their day.
“If we empower smokers with the knowledge of when they are going to struggle, they can deal with it better. Because we won’t be there to help them when they are having a craving.
“We deal with each individual cigarette. So, for the one people smoke after the meal, we may offer them a lozenge or for when people usually take a smoking break, the use of an inhalator. If people always smoke in the car, we say they should make it a smoke-free zone. Sometimes we provide people with multiple different NRT products to use for different circumstances.

We encourage people to find ways to change their daily routines and if they are prepared to do that we know that they are really invested in the process. The pharmacotherapies will do a proportion of it but they have to do the rest.”

Victoria says more than half the patients she works with do not fall within the category of smokers that can be helped by current primary care smoking cessation services, such as pharmacies or the Help Me Quit service.

She believes that many of the remaining 17% of people in people in Wales that smoke tend to have complex needs that require the type of bespoke support that she and her team provide: 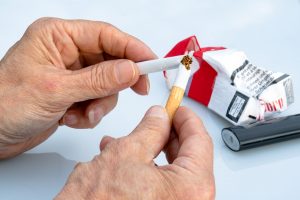 “I think that the hardened heavy smoker is becoming the norm. So many smokers have now been treated and the ones that remain are complex. All the smokers I treat have had more than one quit attempt previously and they’ve gone so far then they’ve hit a wall. We’ve got some excellent stop smoking services out in primary care but they just don’t meet everybody’s requirements.”
According to Victoria however, no matter how entrenched their habit is, there is always hope, and a reason for them to quit:
“There’s never not a good time to stop. Even if patients have been diagnosed with lung cancer it’s still worth it because the chemotherapy doesn’t work as well if you are still smoking.

“We’re working with a smoker who was on 80 cigarettes a day. He’s got down to three a day and we’ve changed his NRT and given him two patches a day and he’s well on his way to quitting. Everybody is capable of quitting – it’s just about using the right products and at the right amount.

“You’re not the reason why you’ve failed. You have been undertreated so are relying too heavily on will power. And if that’s happens, you’re setting people up to fail.”