Having a drink whilst smoking, dramatically increases a person’s chance of developing mouth cancer 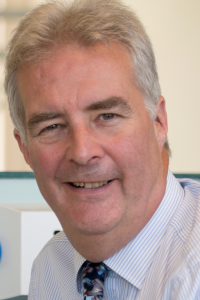 That’s the warning from Michael Lewis, Professor of Oral Medicine at Cardiff University’s School of Dentistry who said smokers are 30 times more likely to develop mouth cancer if they mix alcohol and tobacco.

He said the risk of mouth cancer rises sharply in those who drink alcohol while smoking as it enables chemicals from the tobacco to be drawn more easily into the lining of the mouth:

“Tobacco contains a range of harmful chemicals known to cause cancer called carcinogens. When tobacco smoke mixes with alcohol in the mouth, these chemicals are drawn into the soft tissues lining the mouth which subsequently undergoes malignant change,” he added.

Professor Lewis went on to say that he believes smokers are “relatively unaware” of the risk of developing mouth cancer as a result of their habit, compared to the risk of lung cancer.

Mouth cancer is usually painless in its early stages but can produce a variety of changes in the mouth, including an ulcer, red or white patch or swelling. It is treated by radiotherapy or surgery, yet, according to Professor Lewis, more than half of sufferers die within five years of diagnosis. [i]

“For many smokers a cigarette and a drink go hand in hand. But as we now know, alcohol and tobacco are a lethal combination.

“Smoking is not a normal lifestyle choice, it is a devastating addiction that destroys the lives of thousands of smokers and their families in Wales every year.

“We would urge those in the grip of this addiction to seek help to give up from NHS Wales’ free smoking session service Help Me Quit.”

National alcohol charity Alcohol Change UK is holding its annual Wales conference on 18th September at Glyndŵr University which will focus on the links between alcohol and other issues, including smoking, gambling and mental health problems.

“Alcohol problems rarely occur in a vacuum. There are many reasons that people drink to excess: and many other issues that go hand in hand with drinking, including tobacco use. Many of these other issues, including smoking, exacerbate the issues caused by heavy drinking.

“Because people with alcohol problems have such diverse and complex needs, support services need to be ready to deal with that and provide support for people who don’t fit neatly into one treatment category. That’s what we’ll be focussing on at our conference, and we hope to see a wide range of professionals there who are keen to take a whole-person approach to their work.”

Research from the National Institute on Drug Abuse found that cigarette smoking increases the likelihood of relapse among people recovering from substance misuse disorder and has suggested that helping people to quit smoking improves their chances of recovery from use of other drugs such as alcohol.

People with substance misuse disorders are two to four times more likely to smoke than the general population and research has shown there is a higher smoking prevalence amongst those misusing other substances.

If you are a smoker who would like to find out more about support to quit, contact Help Me Quit on 0800 085 2219 or visit the ASH Wales website.

If you are worried that you are drinking too much you can use Alcohol Change UK’s drinking quiz to see how risky your drinking is. Support to cut down is available if you need it; you can visit your GP or local alcohol service to get the right help for you.