One of Swansea’s most visited coastal bays has become Wales’ third smokefree beach.

Langland Bay, a Blue Flag and Seaside Awards-winning site, will be the second beach in Swansea to have a voluntary smoking ban in place. Swansea Council launched a successful pilot ban at Caswell Bay in 2016, which resulted in a reduction in litter levels across the area. 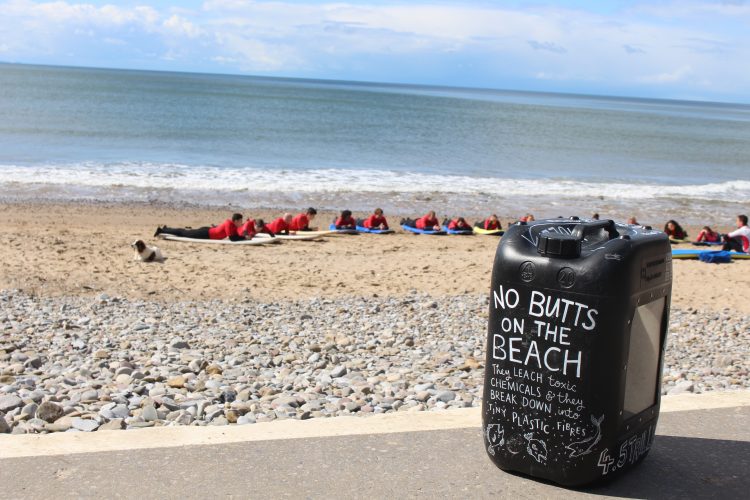 Cigarette butts are the most littered item in the world and can take up to 12 years to decompose as they are made from plastic fibres. Toxins from tobacco residue in the butts pollutes waterways and poses a danger to animals who often mistake them for food.

Mark Child, Cabinet Member for Care, Health and Ageing Well, said: “The launch of a smokefree beach at Caswell Bay has been a great success.

“There has been a noticeable reduction in cigarette litter at the beach which tells us that those visiting the beach are getting on board with the health campaign, and the beach environment has improved.

“The aim is to encourage adults not to light-up at the beach because of the damage it does to health and the potential bad habits it might encourage children to get involved.

“We don’t have powers to ban smoking at beaches. This is a voluntary initiative where we are asking the public to support it.

“We now feel we are able to look at rolling out smokefree beaches at other locations and Langland Bay is a good place to start.” 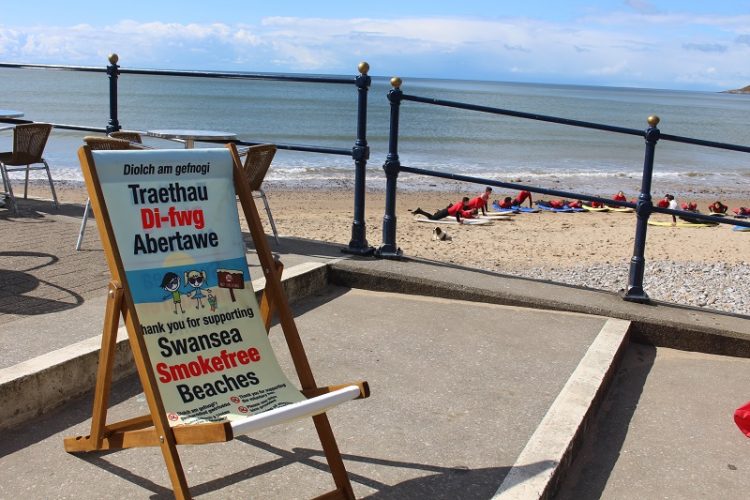 Suzanne Cass, Chief Executive of ASH Wales, said: “Beaches should be a clean, smokefree place for everyone to play, take part in sport and enjoy, so moving smoking away from our beaches is a step in the right direction.

“We surveyed 125 school children on Swansea Bay beach last week and 88% said it makes them sad to have adults smoking near them, and worryingly 88% also said they thought smoking was common.

“Shockingly almost half of long-term smokers become addicted before leaving high school and this is why it is so important we protect children from second-hand smoke and ensure they see less people smoking.”