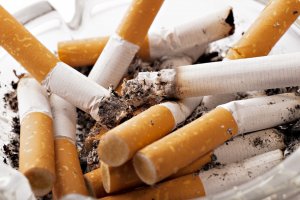 ASH Wales has urged Welsh Government to follow in England’s footsteps after proposals to end smoking by 2030 were announced.

Under the plan contained in the Government’s Prevention Green Paper, every smoker being admitted to hospital would be offered help to quit. The paper proposes raising revenue to support smoking cessation services which would be focused on those groups most in need. It highlights the role that technology can play in delivering focussed, personalised support.

The paper also proposes setting an ultimatum for the tobacco industry to make smoked tobacco obsolete by 2030 so that smokers would quit or move to less risky products like e-cigarettes instead.

ASH Wales supports these proposals and believes there would be strong support for similar action in Wales. According to its latest YouGov survey into attitudes towards tobacco control in Wales, 68% of Welsh adults would support new government action to reduce smoking rates to less than 5% by 2035. Meanwhile 47% of Welsh adults feel the government is not doing enough to reduce smoking prevalence in Wales.

The Welsh Government target is to reduce smoking to 16% of the population by 2020 as part of its Tobacco Control Action Plan.

Suzanne Cass, CEO of ASH Wales, said: “We whole heartedly support this ambitious target to eliminate smoking in England in 2030 and believe we should strive for the same goal here in Wales.

“Tackling smoking has become a key priority for the UK government and there is a new sense of urgency around the issue which we hope will create opportunities to provide innovative solutions to reduce smoking.

“Here in Wales smoking kills around 5,388 adults every year and costs the Welsh NHS £302 million a year. It is the cause of stark health inequalities across the country, hitting our most deprived communities the hardest.

“We know how challenging it is to reach smokers, with 17% of all adults in Wales continuing to smoke, despite free smoking cessation support being widely available from Help Me Quit. And, despite concerted efforts to raise awareness of the harms of smoking among young people, 9% of 11-to-18-year olds in Wales continue to smoke at least weekly.

“Wales will only become a smoke free nation if innovative and targeted smoking cessation support is provided for those adults and young people who need it most, such as social renters, people experiencing mental health problems and those living in our poorest communities.”

She went on to say that any plan to tackle smoking prevalence must be accompanied by efforts to tackle illegal tobacco, which is sold at pocket money prices across Wales, undermining tobacco control policy and allowing smokers in deprived communities to continue to smoke.

“A big challenge we face here in Wales is illegal tobacco which accounts for 15% of all tobacco sales in the country currently. Any efforts to stamp out smoking must be accompanied by robust enforcement action to prevent illegal tobacco from undermining the government’s tobacco control measures.”