At the start of the new academic year, Cardiff Metropolitan University announces its ambition to become a smokefree university within a year.

Today, the university, which hosts more than 10,000 students across two sites in the city, has launched plans to become a clean-air campus, creating a healthier environment for staff, students and visitors.

As one of the UK’s leading universities for practise focused studies, the plans will form part of its overarching health and well-being strategy, with the aim of becoming completely smokefree by 2020. 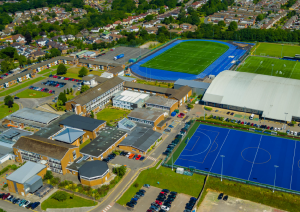 To support the new policy, tobacco products will no longer be sold on its campuses and more support on stop smoking services will be provided to students that want to quit.

Suzanne Cass, CEO of ASH (Action on Smoking and Health) Wales, which supported Cardiff Met’s bid to become a smokefree university, congratulated the university on the success of the project and said she hoped other universities in Wales would follow suit.

“It is a great privilege to have worked on this project and we are delighted to see two years of hard work coming to fruition and the creation of a clean air campus that will bring huge benefits to both staff and students.

“Attitudes towards smoking in Wales are changing and the public are keen to see action taken to tackle smoking prevalence, including the introduction of smokefree spaces. We very much hope that Cardiff Metropolitan’s forward-thinking approach will be emulated by other universities across Wales as we believe action to de-normalise and reduce smoking should form a key part of every university’s health and well-being agenda.”

Pro-Vice Chancellor and Exec Dean of the School of Sport and Health Sciences Leigh Robinson, said:

Across Wales 22% of 16 to 24-year-olds smoke, compared to 17% of the overall adult population. Since the smoking ban in enclosed public spaces came into force in 2007, smoking prevalence among the public has fallen by 6%, and the largest fall in smoking prevalence in the UK since 2011 has been among 18 to 24-year-olds. Smoking costs the Welsh NHS £302 million a year.

According to ASH Wales’ latest YouGov survey there is strong support for additional tobacco control policies in Wales. Of those surveyed, 59% said they would support a ban on smoking in all town centres in Wales and 63% agreed smoking should be banned in the outdoor eating areas of cafes and restaurants. Nearly half (47%) of Welsh adults feel the government is not doing enough to reduce smoking prevalence in Wales, up from 39% in 2018.